Ron Maxim Huang was born in Berlin in 2001. His first musical experiences were as a soloist in the children’s choir of Berlin’s Deutsche Oper. He received first piano lessons at the age of nine and won First Prize at the Jugend musiziert competition one year later. In 2012, he was admitted at the Carl Philipp Emanuel Bach Music High School and received piano lessons from Thomas Just at the Hanns Eisler Academy of Music. Three years later, he joined the Julius Stern Institute of Berlin’s University of the Arts as a junior student, started studying under Professor Markus Groh and continued his piano lessons with him as a full student as of 2019.

Ron Maxim won First Prizes in the Piano Solo category at national level of the 2014 and 2017 editions of the Jugend musiziert competition. He also received Third Prize at the 2020 Ettlingen International Piano Competition as well as special prizes and grants from the Deutsche Stiftung Musikleben and the Carl Bechstein Foundations, whereby the latter body supports him with several concert engagements.

At the age of sixteen, Ron Maxim made his stage debut with Liszt’s First Piano Concerto at the Philharmonic Hall in Berlin, playing with the Sinfonie Orchester Berlin. After this great success, he also performed as a soloist with various other ensembles, including Kammerakademie Potsdam, Orkiestra Kameralna Wratislavia, Orchester des Musikgymnasiums Carl Philipp Emanuel Bach, Neue Lausitzer Philharmonie and Sinfonie Orchester Berlin. He was also invited to participate in festivals such as the 94th Bachfest Rostock, the 2018 edition of the Bebersee Festival and 2019 Crescendo Festival Berlin.

An avid chamber musician, Ron Maxim has established several artistic collaborations with singers and instrumentalists. Moreover, he performed at the 2020 Star & Rising Stars concert in Munich with violinist Daniel Hope and was his guest at the Arte concert series entitled Hope@Home – Next Generation. 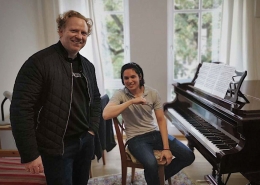 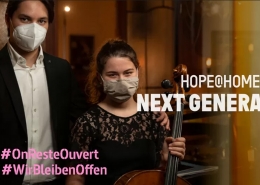 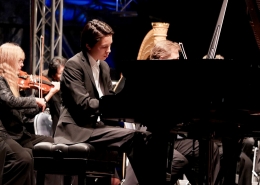 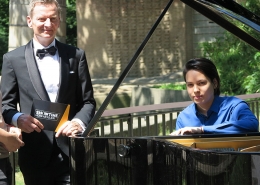 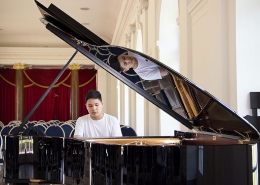 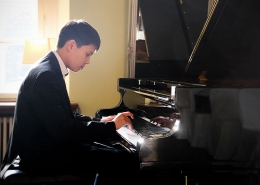 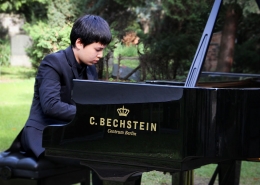 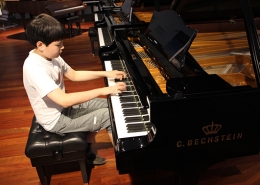 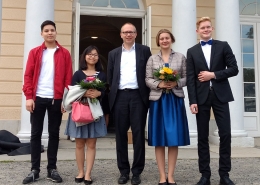 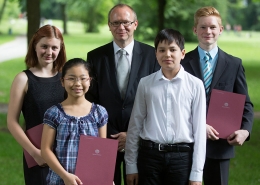