A pioneer and patron of the arts

The Foundation was named after Carl Bechstein, a visionary, broad-minded and highly talented piano-maker who actively collaborated with the greatest pianists and composers of his day and initiated several charities. He understood what kind of instrument his pianist friends were longing for and was able to build it. This was the birth of the Bechstein brand, a successful company that still ranks among the world’s leading piano manufacturers. The Foundation intends to keep alive the tradition of supporting young artists that was initiated by Carl Bechstein. 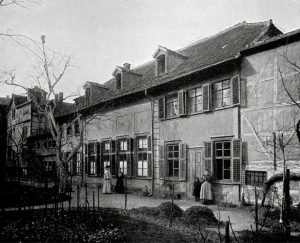 Carl Bechstein was born in Gotha, Thuringia, on 1 June 1826. His father, a relative of the writer and collector of folk fairy tales Ludwig Bechstein, died in 1831 aged forty-two. Subsequently, Carl Bechstein was raised by his stepfather, who taught him the violin, the cello and the piano.

In 1840, when he was fourteen, Carl Bechstein embarked on an apprenticeship in Erfurt under the piano-maker Johann Gleitz. At the age of eighteen, he worked with Pleyel in Dresden for two years before leaving for Berlin. His contemporaries described him as a particularly serious but also amiable and debonair man. Moreover, he seized any opportunity to further his education. For example, when he was directing the Perau factory in Berlin he used his rare leisure time to learn French.
In the second half of 1849, Carl Bechstein travelled to London and Paris to improve his knowledge further by working with great piano-makers. Jean-Georges Kriegelstein, an Alsatian whose pianos were successful in France, particularly taught him the basics of business management. 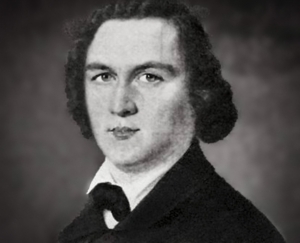 What kind of man was Carl Bechstein, actually? Although not full of himself, he was a self-confident man with an imposing stature. A photograph taken in Berlin shows him standing with his left elbow leaning on one of his uprights, a large coat draped over his broad shoulders in the Romantic fashion. Such a fellow could not possibly remain unnoticed in a select Paris salon…

Upon his return to Berlin in 1852, he became manager of the Perau factory but he soon departed for Paris again and worked there for a few months as manager of the Kriegelstein factory. Why did he leave again? Maybe for the love of a certain Louise Döring, a young woman from Straussberg, Brandenburg, whom he would marry in 1856.

Back in Berlin for good now, he again worked as Perau’s right-hand man. His boss rejected the innovations he had brought back from Paris, but allowed him to build his own pianos on the upper storey of the company’s warehouse at Behrenstrasse 56. Thus, on 1 October 1853, Bechstein started to make novel, modern uprights.

A friend of the artists 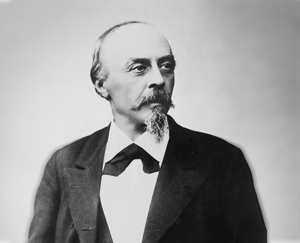 Bechstein had come into contact with noted artists while he was working with Perau. These included Theodor Kullak, piano teacher of the Prussian royal family, who was extremely praiseworthy of Bechstein’s ground-breaking pianos.

The following year, Carl Bechstein made his first grand piano and gave it the serial number “100”. He would go on to produce as many as 176 instruments by 1859.

Bülow soon discovered Bechstein’s grand, which boasted state-of-the-art features and was exceptionally sturdy thanks to various iron reinforcements. He used the instrument for a concert in early 1857 – and captivated his audience. During a decisive concert on 22 January 1857, he premiered Liszt’s Sonata in B Minor even though Breitkopf & Härtel had already published the partition three years earlier.

The Sonata in B Minor places very high demands on the pianist… and the piano, especially in the final octaves. An authentic member of the Liszt school, Bülow used the power of his arms and hands, which clearly set him apart from the great pianists of the early Romantic era, most of whom were famous for their gentle touch and the agility of their fingers.

Carl Bechstein’s ambition was to make pianos that would meet the requirements of a new, very emotional approach to music. Making “vertical” pianos was radically modern in a time when the public still favoured “horizontal” virginals, and Bechstein asserted his avant-garde vision as early as 1853 when he built his first upright with diagonal strings and a height of 120 centimetres (pictured left).

Four years later, after giving a sensational concert on Bechstein’s first grand piano, Bülow wrote to Liszt that he had played on an instrument made by “a certain Bechstein” that proved to be “distinctly better than an Érard piano”. This was the true beginning of a lifelong collaboration between the pianist and the piano-maker.

First success with Liszt and Wagner 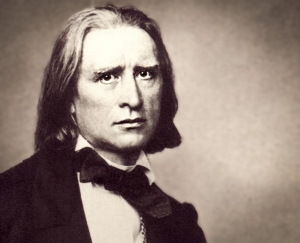 The delivery of the instrument bearing the serial number 247 on 8 October 1860 was a milestone in the history of the still-young company. The sales ledger mentions the buyer in sober Prussian style: “Kapellmeister Liszt, Weimar.” From that moment on, the brand favoured by the undisputed master of Romantic piano for its novel sound would be used by countless composers and go on to play a decisive role in the history of music.

Another milestone in the company’s history was the Great London Exposition of 1862. Carl Bechstein was awarded several medals despite his British competitors’ decisive “home” advantage. The jury stated: “The remarkable features of Bechstein’s instruments are their freshness and freedom of tone, their agreeable playing action and their well-balanced registers. Moreover, these pianos can withstand the most vigorous play.”

The company’s fame continued to grow and Carl Bechstein repeatedly demonstrated his generosity. On the occasion of Richard Wagner’s birthday, for example, Bechstein delivered a grand piano to the maestro, who had fallen into disfavour in Vienna and had to flee to Bavaria’s Louis II in May 1864.

Franz Liszt, who remained in contact with the by now internationally acclaimed piano-maker, wrote to him at the end of his life: “To judge your instruments means nothing else but to praise them. I have been playing your pianos for twenty-eight years now and they have ever confirmed their superiority. According to the opinion of the highest authorities who have played your instruments, it is no longer necessary to praise them, as this would only be pleonasm, periphrasis and tautology.” 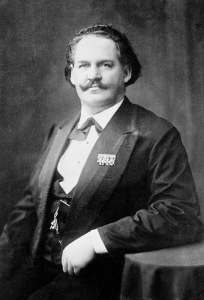 A second production site opened in 1880 in Berlin-Köpenick’s Grünauer Strasse. By this time, Bechstein would present a gold watch to employees who had been with his company for twenty-five years. The same year, Carl Bechstein realised his dream when he had a splendid neo-Renaissance villa built on the shore of Lake Dämeritz in Erkner near Berlin. The name of the estate, Tusculum, recalled Virgil’s Bucolics and Cicero’s villa, Tusculanum. With this reference to ancient times, Bechstein also manifested the humanist education that he acquired as an autodidact. A legendarily sociable and hospitable man, he organised lavish feasts in his villa and Tusculum soon became a favourite venue of Berlin’s high society. Among the guests was Eugen d’Albert, who spent the summer of 1883 there, composing his Piano Concerto in B Minor.

Bechstein, who enjoyed the title of “Court Economic Advisor”, reached the zenith of his career on 4 October 1892 upon the opening of Bechstein Hall, a concert venue located in Berlin in Linkstrasse. The building had been commissioned by concert manager Hermann Wolff and built to plans by Franz Schwechten, the architect who had recently remodelled Berlin’s Philharmonic Hall. An article published in Allgemeine Musikzeitungannounced: “A three-day music festival will be held to inaugurate Bechstein Hall. On 4 October, Herr Dr Hans von Bülow is to play [various works]. On 5 October, the Joseph Joachim String Quartet is to perform works by Johannes Brahms with the participation of the Vienna maestro himself. Finally, on 6 October Anton Rubinstein and his sextet are to play one of the composer’s best works.” By that stage, Bülow had been conducting an ensemble that enjoyed phenomenal success and was eventually renamed “Berlin Philharmonic Orchestra”.

The company continued to flourish to such an extent that Carl Bechstein had another factory built in Reichenberger Strasse in Berlin-Kreuzberg in 1897. But he died three years later on 6 March 1900 and was buried in the family vault in Sophienfriedhof, the local Protestant graveyard. By that time, the company was producing 3,500 instruments a year and nearly all European pianists and composers favoured Bechstein.

Inheritance disputes characterised the following decades and the company experienced the ups and downs of German history, with two world wars and the destruction of the Berlin production facilities. Nonetheless, the musicians never forgot the Bechstein pianos and their incomparable sound.  Now, in the early 21st century, Bechstein is powerful once again – and still based in Berlin. Both C. Bechstein Pianofortefabrik AG and the Foundation’s benefactors remain true to Carl Bechstein and the tradition he once initiated. No doubt he would be extremely proud of the foundation that bears his name and endeavours to keep his humanist spirit alive.

(Updated and abridged version of a text by Norbert Ely)