The foundation was named after Carl Bechstein, the visionary piano-maker and friend of many musicians of his time.

The aim of the Carl Bechstein Foundation is to promote piano-playing on a broad scale, especially among children and young people. Find out why this is so important under Philosophy.

The foundation was named after Carl Bechstein (1853–1900), the piano-maker, company founder and patron of many musicians. Carl Bechstein had the vision to make exactly the grand and upright pianos that the musicians of his day – including the great Franz Liszt – had been longing for. He also founded several concert halls where famous artists such as Johannes Brahms and Hans von Bülow would often play. Find out more about Carl Bechstein. 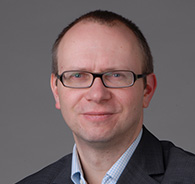 Project Manager and Member of Executive Board Carl Bechstein Foundation