The Deutsche Musikrat (DMR) is committed to the interests of 15 million music-making people in Germany and is the world’s largest national umbrella organization for music culture. It represents around 100 organizations and umbrella associations of professional and amateur musicians as well as the 16 state music councils. With its work on music policy, it provides impetus for a vibrant musical life in Berlin as a civil society player and is a constant dialog partner for the German Bundestag and the federal government.

Founded in 1953, the DMR is the largest citizens’ movement in the cultural sector. As a member of UNESCO, it is committed in its actions to the Convention on the Protection and Promotion of the Diversity of Cultural Expressions and is under the patronage of German President Frank-Walter Steinmeier.

The Secretary General of the German Music Council Prof. Christian Höppner is a member of the Board of Trustees of the Carl Bechstein Foundation.

Further information can be found at www.musikrat.de 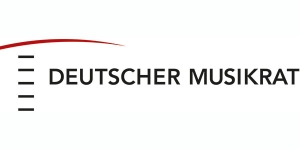