Three Years Later: The “SchuleEins” School in Berlin-Pankow and its Piano Donated by the Carl Bechstein Foundation 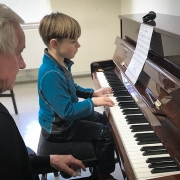 When we visited the “SchuleEins” school in Berlin-Pankow three years ago, we found a committed team who wanted to expand their musical activities. Their existing 60 to 100-year-old instruments had sticking keys and were unsuitable for tuning and playing in good conditions.

Kurt Böhm, a music teacher and concert pianist, has spent the past three years at the former Garbáty tobacco warehouse in Berlin-Pankow where he gives pupils from the 1st to 13th grade one-to-one piano tuition on the instrument granted by the Carl Bechstein Foundation. This enables young musicians from “SchuleEins” to perform in front of their school friends at many in-house and public events.

“SchuleEins” is one of over 180 schools across Germany that have so far received a piano from the Carl Bechstein Foundation. 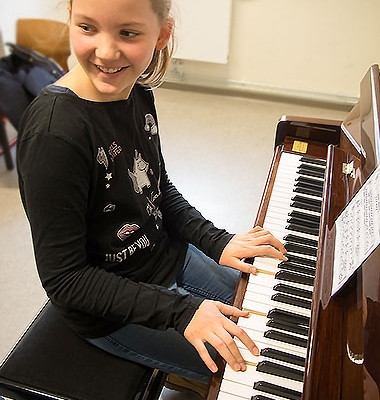