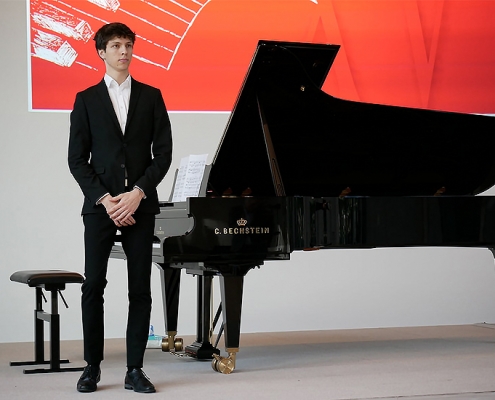 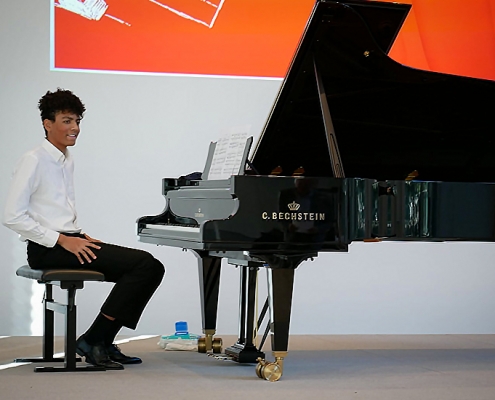 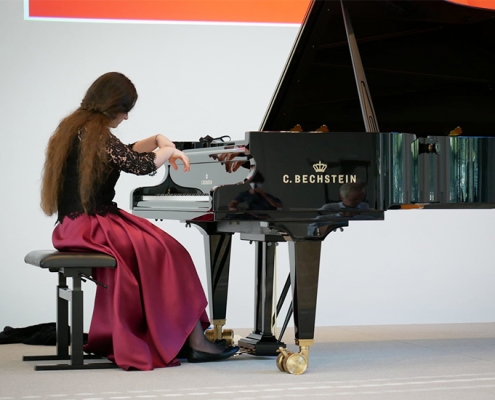 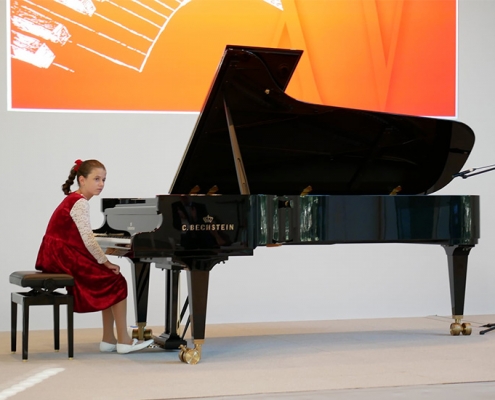 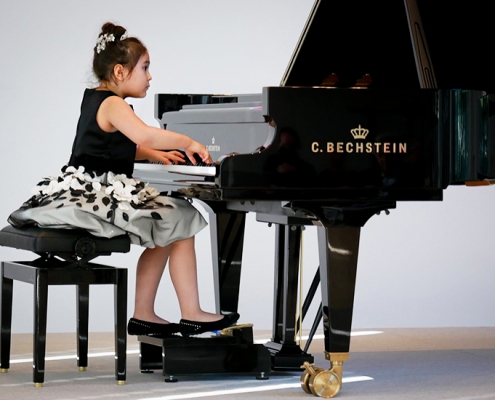 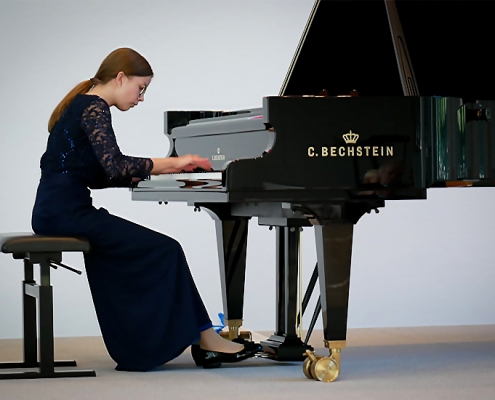 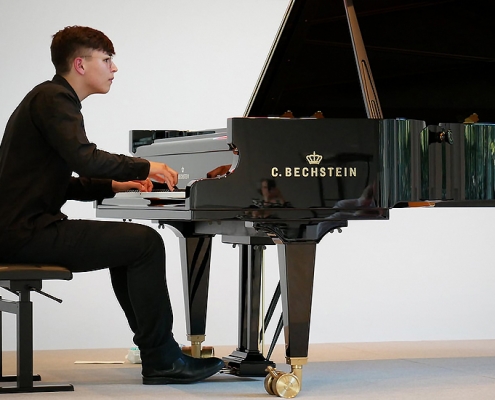 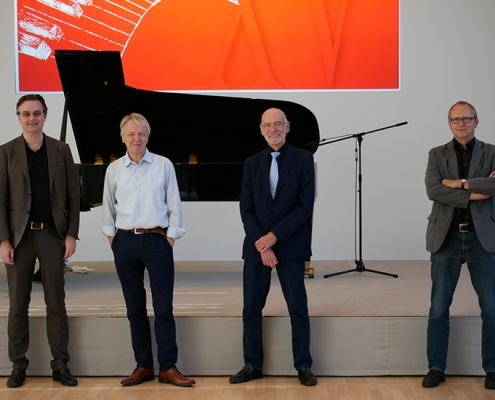 It had to be canceled in the spring, but now finally took place after all: the 15th International Piano Competition Youth in Essen. Last weekend, the participants aged 7 to 18 performed in the large hall of Evonik Industries – and they and their relatives repeatedly expressed how glad they were that this competition could be held. The Carl Bechstein Foundation acted as a partner of the competition.

The quality of the competitors was again very high, which could already be heard in age group II, where for example Lisa-Marie Ehrenfried won the First Prize with an exceptionally clear, yet highly virtuosic interpretation of Ravel’s “Scarbo”. Second prize went to Elias Keller and third prize to Julia Kaufmann. In the youngest age group there were two First Prizes, which went to Stella Keller and Sophie Elizabeth Wagner. The third prize was won by Lisann Pahnke.
In Age Group III, First Prize was awarded to Peer Waibel-Fischer, a winner of our own competition in 2017 and 2019. Second Prize went to Luka Bilbija, and Hanming Deng won Third Prize.
Age group IV was particularly strong this year and consisted entirely of young students from German and Austrian music academies and conservatories. The first prize went to Lukas Blanck, who had come all the way from Austria. He played so outstandingly that he also received the Debussy Special Prize of the Carl Bechstein Foundation for his interpretation of “Reflets dans l’eau” as well as the Special Prize for the best interpretation of the mandatory pieces in age group IV: two Préludes by Roslavets. The Second Prize was taken to Berlin by Julia Stephan. The Third Prize was awarded to Julius Schäfer (junior student in Detmold).

This year, Gregor Willmes, Chairman of the Carl Bechstein Foundation, was again a member of the jury, in which he was joined by Prof. Till Engel (Chairman), Prof. Thomas Günther (also Artistic Director of the competition) and the journalist Dr. Lars Wallerang, who evaluated the performances of the young musicians.

We congratulate all participants and prize winners!