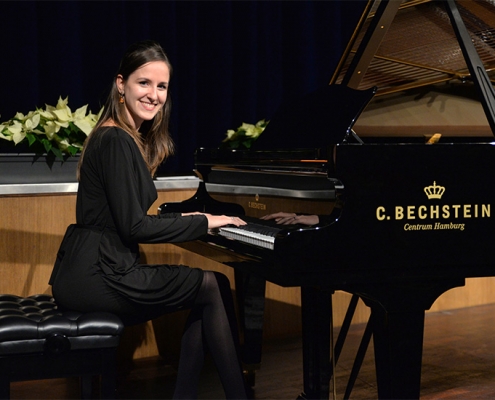 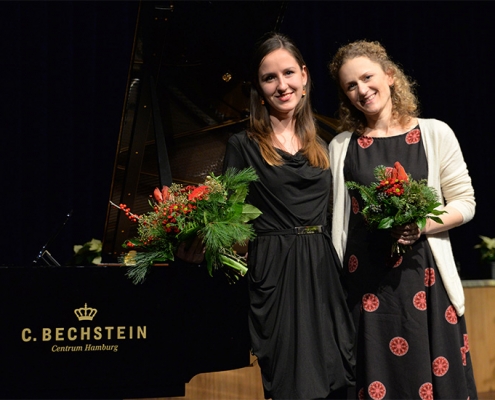 The special prize of 1,000 euros awarded by the Carl Bechstein Foundation during the 2019 edition of the Maritim Music Competition went to Helena Popović (age 25) from Hamburg’s University of Music.

Helena Popović hails from Serbia where she studied from 2011 to 2015 at the music department at the University of Arts in Belgrade and graduated with a bachelor’s degree. She completed her master’s degree in Würzburg and continued a second master’s degree in Belgrade. Since 2018, she has been preparing a third master in song interpretation with Prof. Burkhard Kehring at Hamburg’s University of Music. A laureate of several piano competitions in her native country, she was awarded a sponsorship after her success in the chamber music category at the 2017 Fischer Flach Competition held in Würzburg.

The 2019 anniversary competition was under the patronage of Ms Karin Prien, Schleswig-Holstein Minister of Education, Science and Cultural Affairs. Rainer Wulff, the competition’s director (age 76), retired on this occasion and State Secretary Dr Oliver Grundei thanked him on behalf of the regional government for his nineteen years of honorary service.