Bechstein Prizewinners and Scholarship Holders at the Bach Festival in Rostock

At this year’s edition of the Bach festival held in Rostock, young pianists from the Carl Bechstein Foundation gave seven concerts and thrilled the audience with their musical talent and technical ability. All the musicians were prizewinners or scholarship holders of the Foundation, and we had the privilege to follow some of them for many years.

Wataru Hisasue played Bach’s Toccata in D major BWV 912a, French Suite in E major BWV 817 and Chaconne from the Partita in D minor BWV 1004 transcribed by Brahms for piano left hand, as well as Brahms’ Second Sonata. Hisasue had already won the 2016 Bechstein prize for these interpretations in Berlin. His technical dexterity and profound playing were impressive. He made wonderfully bright sounds on the Kunsthalle’s newly restored C. Bechstein concert grand EN 280.

Julian Gast’s second appearance at the Bach festival was also a fantastic success. In the “Future Bach” series, the student working with Professor Matthias Kirschnereit took to the stage in the university’s magnificent auditorium and presented works by Bach, Bach/Busoni, Beethoven and Prokofiev. The enthusiastic audience finally bade farewell after his two masterful encores by Liszt.

Ron Maxim Huang, a student with Markus Groh at the Berlin University of the Arts (UdK) and one of the first Carl Bechstein Foundation scholars, took up the baton of Bechstein prizewinners and scholars performing at the Bach festival as he gave his very first solo recital in the university’s auditorium. In the “Future Bach” series, he presented works by Bach and Beethoven and made a memorable impression.

Another young pianist appearing courtesy of the Carl Bechstein Foundation is Jan-Aurel Dawidiuk. His recital began with a masterful interpretation of Bach’s Fantasia and Fugue in C Minor BWV 906. This was followed by four movements from Olivier Messiaen’s contemplative Vingt Regards sur l’Enfant Jésus and a virtuoso interpretation of Liszt’s Fantasy and Fugue on the Theme B-A-C-H, a romantic homage to the Baroque composer. Moreover, Dawidiuk beautifully interpreted Bach’s Toccata in C minor BWV 911 and he finished his recital with a wonderful encore, the transcription of Bach’s meditative aria Sheep May Safely Graze.

A magnificent recital followed in the wonderful auditorium of Rostock University as our scholars Tabea Streicher und Victor Maria Schmidt performed in the final concert of the “Future Bach” series, brilliantly and sensitively interpreting the Toccata and Fugue in D Minor BWV 565, the Partita No. 2 in C Minor BWV 826 and various works by Chopin, Ravel and Liszt that enthralled the audience.

Our thanks go to the organizers of the Rostock Bach festival for the excellent cooperation and to the young pianists for stellar performances! 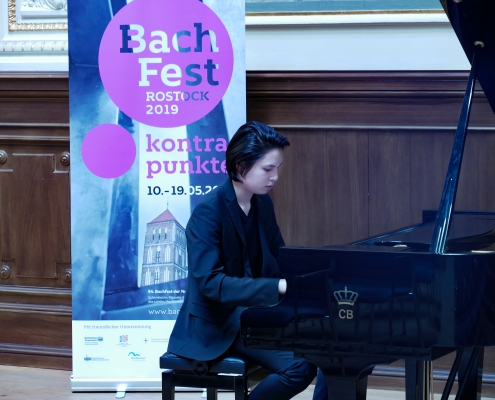 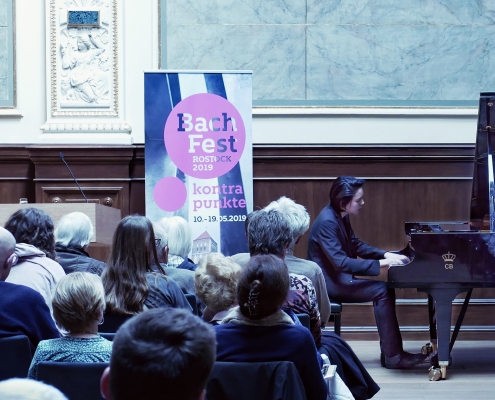 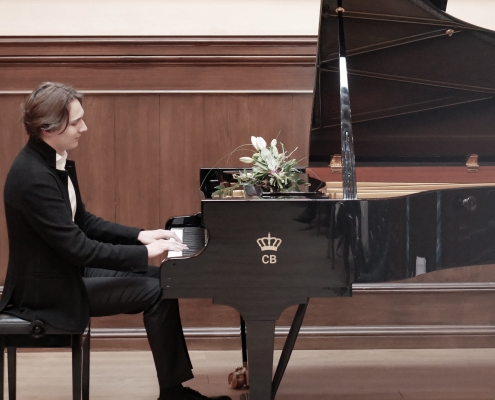 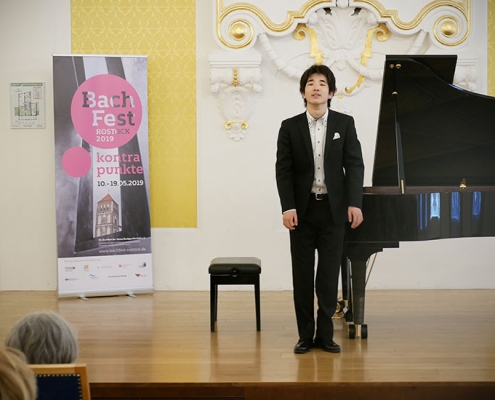 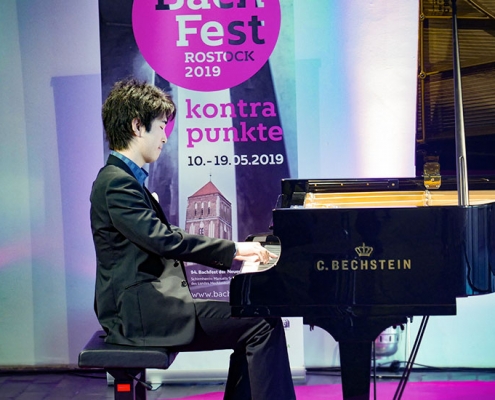 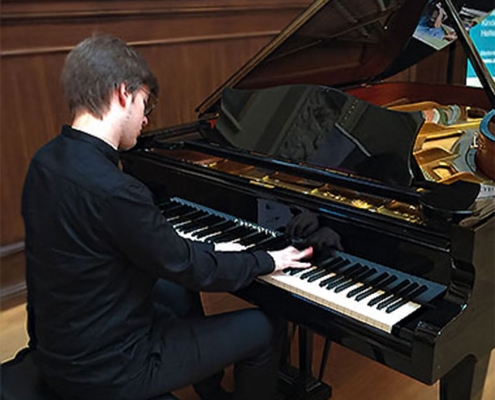 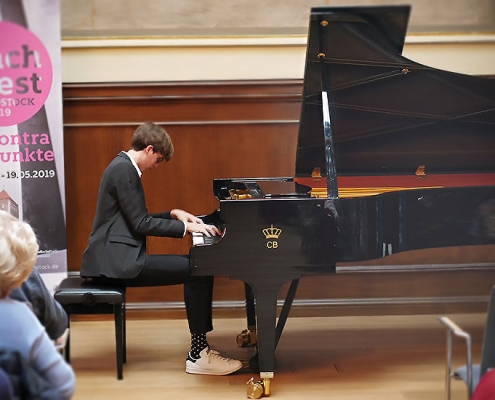 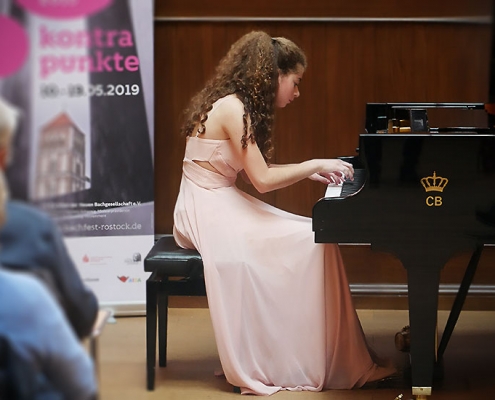 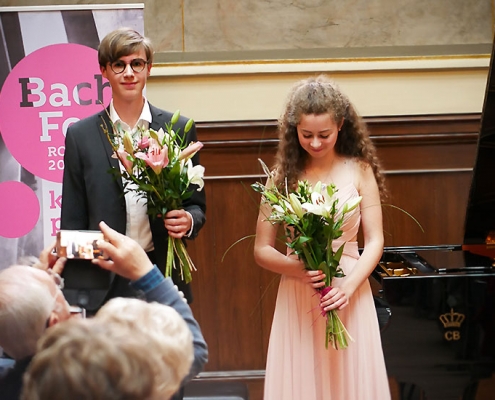