The Board of Trustees advises, supports and monitors the Foundation’s Executive Board to comply with the wishes of the founders as effectively as possible. Its members are outstanding specialists with experience in the Foundation’s goal: the promotion of piano music and young musicians. 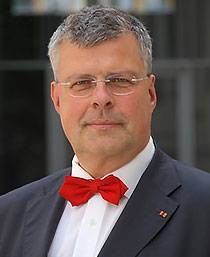 Prof. Christian Höppner is Chairman of the Board of Trustees. Born in Berlin in 1956, he studied at his native city’s Hochschule der Künste and graduated as music teacher, cellist and conductor. A member of the Executive Board and Vice President of the German Music Council between 2000 to 2004, he is now the Secretary General of the institution. In parallel to his sixteen-year collaboration with the German Cultural Council — ten years as Vice President and two three-year terms as President —, he was active in the German UNESCO Commission for six years, on the Broadcasting Council of the Deutsche Welle radio station for ten years, and as Chairman of RTL’s Media Advisory Board for fifteen years. Moreover, he has been teaching violoncello at Berlin’s Universität der Künste (UdK) since 1986. A former President of the German Cultural Council, Prof. Christian Höppner remains Spokesman for the Music Department of that institution and is Chairman of the Board of Trustees of the Carl Bechstein Foundation, as mentioned above. He is also member of the Board of Trustees of the following institutions: Hindemith Foundation, Frankfurt Music Prize, German Musical Instrument Prize, Young European Award, Trossingen’s Federal Academy for Musical Youth Education. Moreover, he is Ambassador of the Federal Association Initiative 50Plus and member of the following institutions and committees: Council of the Nuremberg University of Music, jury of the Musik gewinnt competition and Executive Committee of the German Ensemble Academy. His further functions include: Vice Chairman of Initiative Hören, Chairman of the juries of the Kulturgroschen des Deutschen Kulturrates and the Jugend musiziert competitions, Honorary President of Berlin’s Music Council and the Berlin section of the Jugend musiziert committee, Honorary Member of Deutscher Tonkünstlerverband LV Berlin and former President of the Berlin-Spree Rotary Club. Last but not least, Prof. Höppner is also Principal Guest Conductor of the Brazil-based Camerata Musica Antiqua ensemble. In 2001, he was awarded the Cross of Merit of the Federal Republic of Germany by Federal President Johannes Rau for his commitment to Berlin’s musical life. And in 2016, he was awarded the Officer’s Cross by Federal President Joachim Gauck for his national and international commitment to the development of musical life at all levels of society. 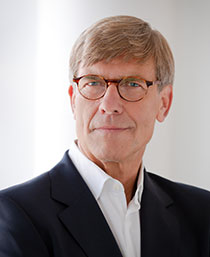 Wolfram Nieradzik is Vice Chairman of the Carl Bechstein Foundation’s Board of Trustees. He was born in 1959 in Heidenheim in the Swabian Jura and has lived in Berlin since 1983. His international experience, his professional competence as a lawyer and his position as a manager within the Funk Group — a large international insurance broker and risk consultant with headquarters in Berlin — have enriched the Bechstein company and the Carl Bechstein Foundation for many years.

Wolfram Nieradzik is involved in various organizations and scientific associations. His curiosity, together with his activities in the domains of culture, business and politics, decisively contribute to the Carl Bechstein Foundation’s special character. Particularly worth a mention is the fact that the Funk Foundation, which communicates the values of 19th-century and contemporary classical music to the public, develops cultural projects in collaboration with Bechstein. 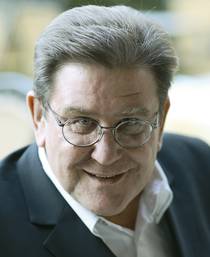 Born in 1947 in Gmund am Tegernsee, Bavaria, Theo Geissler enriches the Board of Trustees with his experience as a music journalist strongly committed in cultural politics and the promotion of young musicians. A graduate of the Munich University of Television and Film, he contributed as author and director to numerous seasons of the children’s series Clown & Co. He is now managing director of the ConBrio publishing house, publisher and editor-in-chief of the NMZ magazine and, in cooperation with the German Cultural Council, co-editor and columnist for Politik + Kultur and other cultural magazines. 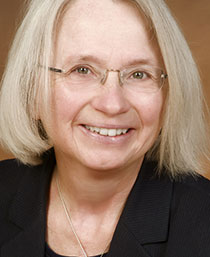 Prof. Linde Grossmann has taught piano and piano methodology at Berlin’s UdK since 1992 and also teaches at the UdK’s Julius Stern Institute. After studying in Weimar under Prof. Juliane Lerche and at Moscow’s Gnessin Academy of Music under Maria Grinberg and Alexander Alexandrov, she was an assistant teacher at the Franz Liszt Academy of Music in Weimar for several years. She performed as a soloist and with various chamber music ensembles, especially as part of piano duos. With a repertoire focused on contemporary music, she participated in several international festivals dedicated to contemporary composers. Particularly interested in Russian piano pedagogy, she published several books on the history and methodology of piano playing.

Prof. Grossmann conducts advanced courses for piano teachers in Germany, Austria and Lithuania and is a jury member for various competitions, including Jugend musiziert. Several of her students were laureates at this event and other international competitions for young musicians.

A member of the Board of Directors of the German section of the European Piano Teachers Association for many years, she is Vice-Dean of Berlin’s Faculty of Music and Managing Director of the piano department of the Institute for Artistic Training at the UdK since November 2015.