On 16 November 2014, the Carl Bechstein Foundation awarded prizes worth over €10,000 at the winners’ concert of the first Carl Bechstein Competition for young pianists, held in the auditorium of Britz Manor in Berlin-Neukölln. Forty-three piano duos from all over Germany competed in the foundation’s first competition.

The atmosphere in the idyllic, palatial venue was exquisite, and the extraordinarily high musical quality of the duos was evident in the works played and in the splendid winners’ concert. The crowning finale was Camille Saint-Saëns’s Danse Macabre, op. 40, played by Nina Ding and Tsuzumi Namikawa from Braunschweig, winners of the first prize in age group 4 (ages 16–17). First prize in age group 1 (up to age 10) was shared between the duos Lisa Marie Grosserichter and Maximilian Haberstock from Munich and Florentine and Marie Lehnert from Leipzig. First prize winners in age group 2 (11–13) were the duo Tabea Antonia and Daniel Vincent Streicher from Berlin. Another pair of siblings, Markus and Cornelia Nick from Karlsruhe, won first prize in age group 3 (14–15).

Three young composers, Philipp Krebs, Clemens K. Thomas and Niklas Anczykowski, heard the premieres of their works commissioned by the Carl Bechstein Foundation for the competition. The Foundation awarded a special prize for the best interpretation of these works in each age group. The Bärenreiter publishing house, the Foundation’s partner for the competition, sponsored eight more special prizes in the form of sheet music gift certificates. Like the others, these prizes were awarded by the harmonious jury composed of experienced pianists, duo performers and piano teachers: Prof. Wolfgang Manz (chairman of the jury), Mona Bard, Simone Foth, Prof. Gil Garburg and Prof. Gerrit Zitterbart.

In his opening speech, Prof. Christian Höppner, Secretary General of the German Music Council and Chairman of the Board of Trustees of the Carl Bechstein Foundation, emphasized the important role played by foundations in musical education for children and adolescents. The Carl Bechstein Foundation makes a substantial contribution to this effort with its commitment to supporting young musicians.

Pianos for the competition were provided by C. Bechstein Pianofortefabrik AG. 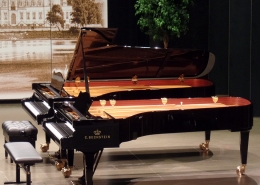 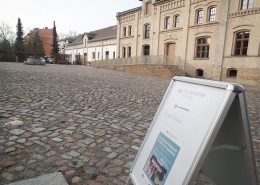 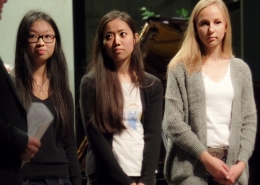 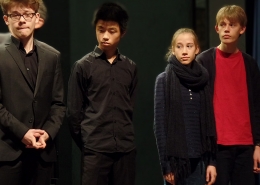 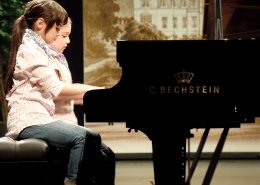 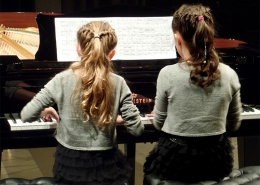